The Pourdavoud Center will host Dr. Christian Sahner (University of Oxford) on April 22, 2020 as part of the Lecture Series.  Please click here to RSVP.

From Kings to Subjects: Zoroastrian Law and the Spread of Islam in Iranian Society

This lecture will explore the transition from Sasanian to Islamic rule in Iran through several important Zoroastrian legal texts, consisting of questions and answers to high-ranking priests. They contain a wellspring of information about the social history of Zoroastrianism under Islamic rule, especially the formative encounter between Zoroastrians and Muslims. These include matters such as conversion, apostasy, sexual relations with outsiders, inheritance, commerce, and the economic status of priests. The lecture argues that the elite clergy responsible for writing these texts used law to refashion the Zoroastrian community from the rulers of Iran, as they had been in Late Antiquity, into one of a variety of dhimmī groups living under Islamic rule.

Christian Sahner is an Associate Professor of Islamic History at the Oriental Institute and Fellow of St. Cross College at the University of Oxford. Prior to joining the Oriental Institute, he was a research fellow of St John’s College, Cambridge. He earned an A.B. from Princeton, an M.Phil from Oxford as a Rhodes Scholar, and a Ph.D. from Princeton. An historian of the Middle East, his work deals mainly with the transition from Late Antiquity to the Islamic Middle Ages, relations between Muslims and Christians, and the history of Syria and Iran. He has authored Among the Ruins: Syria Past and Present (Hurst – Oxford, 2014) and Christian Martyrs under Islam: Religious Violence and the Making of the Muslim World (Princeton, 2018). His current research concerns Zoroastrianism and the spread of Islam in Iranian society. He is also studying the mountains of the medieval Middle East, their often turbulent relationship with lowland empires, and the religious movements which took root in them. 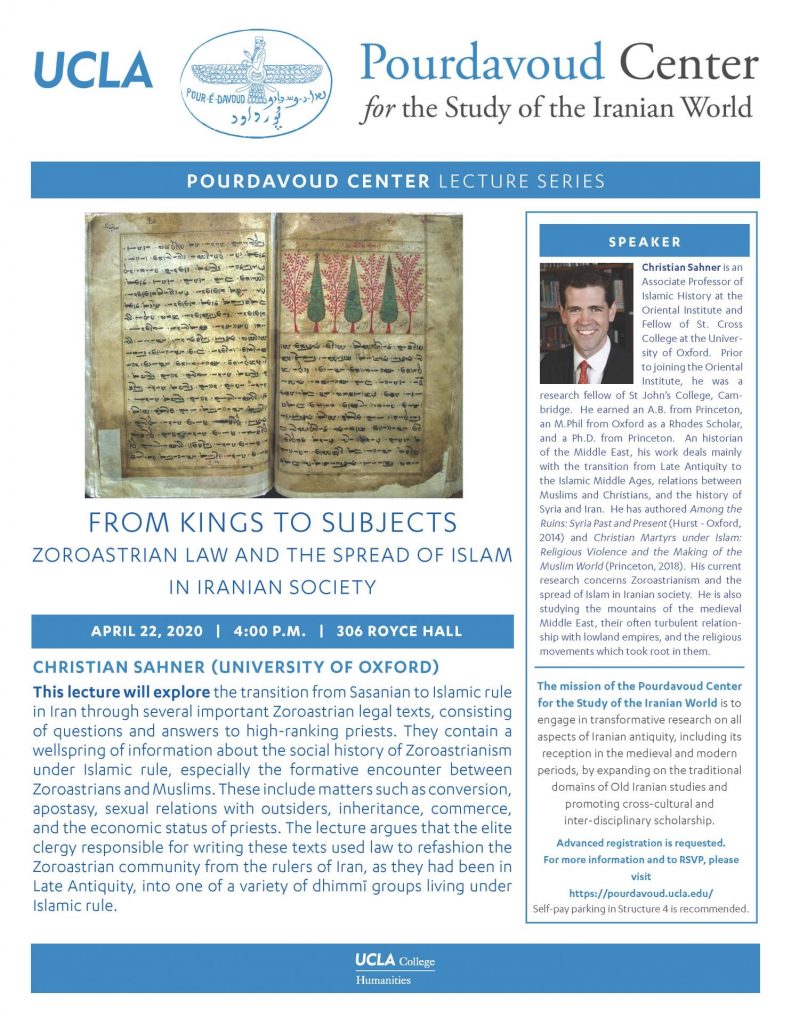