Skip to main content
Home > Events > NELC > ON THE FRINGES OF SCIENTIFIC RESPECTABILITY: Archaeoastronomy from Pyramids and Petroglyphs to Henges and Horsa

ON THE FRINGES OF SCIENTIFIC RESPECTABILITY: Archaeoastronomy from Pyramids and Petroglyphs to Henges and Horsa

All cultures seem to have creation myths (ours is called the Big Bang or Inflation) and to have looked to the stars for their own purposes. Modern astronomers strive to understand objects and processes that frequently have time scales much longer than individual lives. The train of thought that archaeologiss/anthropologists and astronomers might help each other out is called archaeoastronomy. The catch is that is is fairly easy to talk utter nonsense about both the long ago and the far away. Indeed I have very recently been accused of writing utter nonsense about Cheops’s pyramid — fifty five years ago! On the respectable side live (1) Babylonian eclipse records from which slowing of the Earth’s rotation can be calculated, (2) Chinese and other reports of “guest stars” identifiable with existing, ex- panding clouds of magnetic field and relativistic particles, called super-nova remnants, whose ages we therefore know, (3) some alignments of some structures with cardinal directions and sun rises and sets on important days, and (4) calculations of changes in the Earth’s orbit that allow us to say just when and where eclipses would have been visible in the past (not on Good Friday, 33 CE in Jerusalem), and what time of year Sirius would have risen just before the sun. On the Other Side live other alignments, other changes in orbits (does anyone still remember Velikowsky?), and various lores (as well as real achievements) in Polynesian navigation and Mayan calendars. 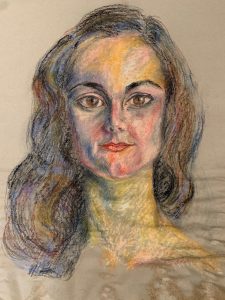 Virginia Trimble is a graduate of Hollywood High School, UCLA (BA 1964, astronomy-physics), and the California Institute of Technology (MS 1965, PhD 1968, astronomy), with honorary degrees from the University of Cambridge (UK, MA 1969) and the University of Valencia (Spain, dott h.c. 2010). For 28 years, she shared appointments at the University of Maryland and UC Irvine with her late husband, Joseph Weber, but is once again a full time Californian. Her research has included traditional astrophysical topics, like white dwarfs, supernovae and their remnants, and binary stars, but over the years, she has gradually transitioned to working mostly on history of astronomy and physics and on scientometrics. Trimble currently holds minor governance positions in the American Astronomical Society, the American Physical Society, and the International Astronomical Union. Her publication list has recently reached 890, but the first was on “Astronomical Significance of the so-called Air Shafts in Cheops’ Pyramid,” and others have addressed Chinese and other records of historical supernovae, the Star of Bethlehem, and other overlaps between modern astronomy and its history. If she is remembered by the time of her 100th birthday, it will be for the 1962 Life Magazine article, her year as Miss Twilight Zone, and because she posed for Richard Feynman when he was learning to draw. There are also multiple portraits of her drawn by UCLA Egyptologist Alexandre Mikhail Badawy, and photos of her with UCLA Egyptian literature scholar Miriam Lichtheim.