Skip to main content
Home > Events > PRESERVATION AND INNOVATION: THE TRACKS OF THE MASTER SCRIBE

PRESERVATION AND INNOVATION: THE TRACKS OF THE MASTER SCRIBE

When we encounter a text, whether ancient or modern, we typically start at the beginning and work our way toward the end. For biblical and Mesopotamian literature, however, this habit can lead to misinterpretation. In the ancient Near East, “master scribes”—those who held the authority to produce and revise texts—regularly introduced changes in the course of transmission. One of the most effective techniques in the scribal toolbox was what Milstein calls “revision through introduction,” a method that allowed scribes to preserve received material while simultaneously recasting it. Milstein
demonstrates what is to be gained by disentangling the competing voices in a given work, a process that allows for the text to be perceived afresh at all stages in its development. 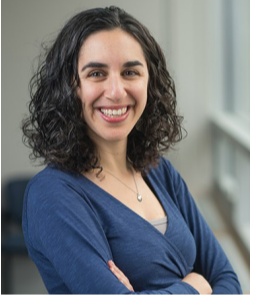 Sara Milstein is Associate
Professor of Hebrew Bible and Near Eastern Studies
in the Classical, Near Eastern, and Religious Studies at the University of British Columbia. She is the author of Tracking the Master Scribe: Revision through Introduction in Biblical and Mesopotamian Literature (Oxford University Press, 2016), which won the ASOR Frank Moore Cross Award; and with Daniel Fleming, she co-authored The Buried Foundation of the Gilgamesh Epic: The Akkadian Huwawa Narrative (Brill, 2010). Her current project, “Making a Case: The Emergent Near Eastern Legal Mind,” is funded by a Canadian Social Sciences and Humanities Research Council Grant. This year she is a Wall Scholar at the Peter Wall Institute for Advanced Studies at the University of British Columbia.