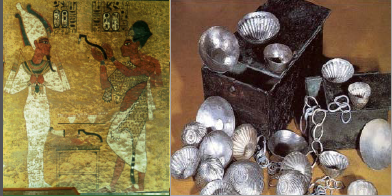 Nowhere are the legal terms of royal succession in ancient Egypt set out in explicit terms. The concept of hereditary monarchy manifests a wide range of modes of succession across time and place, and today we will review these, together with such evidence as survives from Egypt to discuss the way in which Egyptian pharaonic succession may have functioned, in both theory and practice. We also consider the evidence for and existence of, the institution of coregency.

Aidan Dodson is a Senior Research Fellow in the Department of Anthropology & Archaeology at the University of Bristol. His primary research interests concern ancient Egypt and funerary customs. His particular areas of specialization are Egyptian dynastic history and chronology, tomb architecture, coffin and sarcophagus design, canopic equipment, and the history of Egyptology, particularly in Bristol. A prolific author and editor of nearly three hundred academic works, he has worked to publish the coffins and related material from the tomb of Tutankhamun, and his recent books include The Royal Tombs of Ancient Egypt.

Early Trade in the Eastern Mediterranean

The talk will address the earliest trade from around the beginning of the Bronze Age. We will do our best to trace and follow its main lines, engaging with both the historical and theoretical questions that arise treating precious materials, textiles, and so on in addition to dealing with prices, values, import substitution and product substitution as well as circulation. We will discuss grain in particular in order to provide a critical perspective on long term changes. There will be a prolonged period for questions and discussion of the range of issues raised by such a broad topic, so audience input will be both vital and welcomed.

David Warburton studies political science, archaeology and Egyptology. He holds degrees from the American University of Beirut (BA, MA), the University of Bern (D.phil), and the Paris I Panthéon-Sorbonne (HDR). Warburton has since taught in cities across the world – Bern, Copenhagen, Aarhus, Lyon, Berlin, Cairo, and Changchun. His excavations, surveys & epigraphy have taken place in France, Switzerland, Syria, Iraq, Yemen, and Egypt. He serves as the Resident Director for the American Institute for Yemeni Studies from 1993-1995. His publications include books on economics, religion, chronology, stratigraphy; articles & chapters on economics, religion, chronology, stratigraphy, colour terminology, history of science, architecture, excavation reports; and many reviews