Take Ancient Near East 177, and you will: 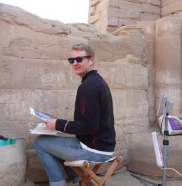