Skip to main content
Home > Events > Armenian > A Tale of Two Grigors: Aghet and Impossibility of Language in Narekatsi and Beledian 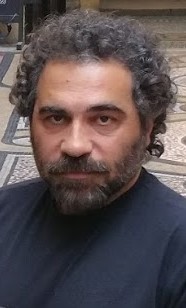 Dr. Hagop Gulludjian is in charge of Western Armenian at UCLA within the Narekatsi Chair of Armenian Studies. He holds a doctorate of Letters and an MBA. He has researched and published on medieval Armenian poetry; heritage language and language vitality; interactions between virtuality, culture and diasporas; and modern to postmodern Diaspora Armenian literature. Currently, he is doing research and writing on the mystical poetry of Grigor Narekatsi and on contemporary Diaspora literature by Nigoghos Sarafian and Krikor Beledian. He has also an extensive consulting background, having assisted both private and government entities on technology policy issues.

Grigor Narekatsi is rightfully considered to be the uppermost expression of classical and medieval Armenian literature. Some would consider Krikor Beledian among those who occupy an analogous position concerning contemporary Armenian. Beyond occasional and purposeful intertextuality and the fact that he is the author of three volumes on Narekatsi, Beledian shares with his millennium-old namesake a fundamental attribute that is perhaps the core drive behind the voluminous literary production of both: Catastrophic rupture and the struggle to articulate in human language that which evades language, either because it belongs to the domain of the divine, to absence, or to the inhuman. In other words, either because the experience is ineffable, or it is literally about the absence of language. In both cases, however, the goal for the writer is to lend a performative role to the text with the purpose of making the very act of writing produce an intended experience instead of representing it.