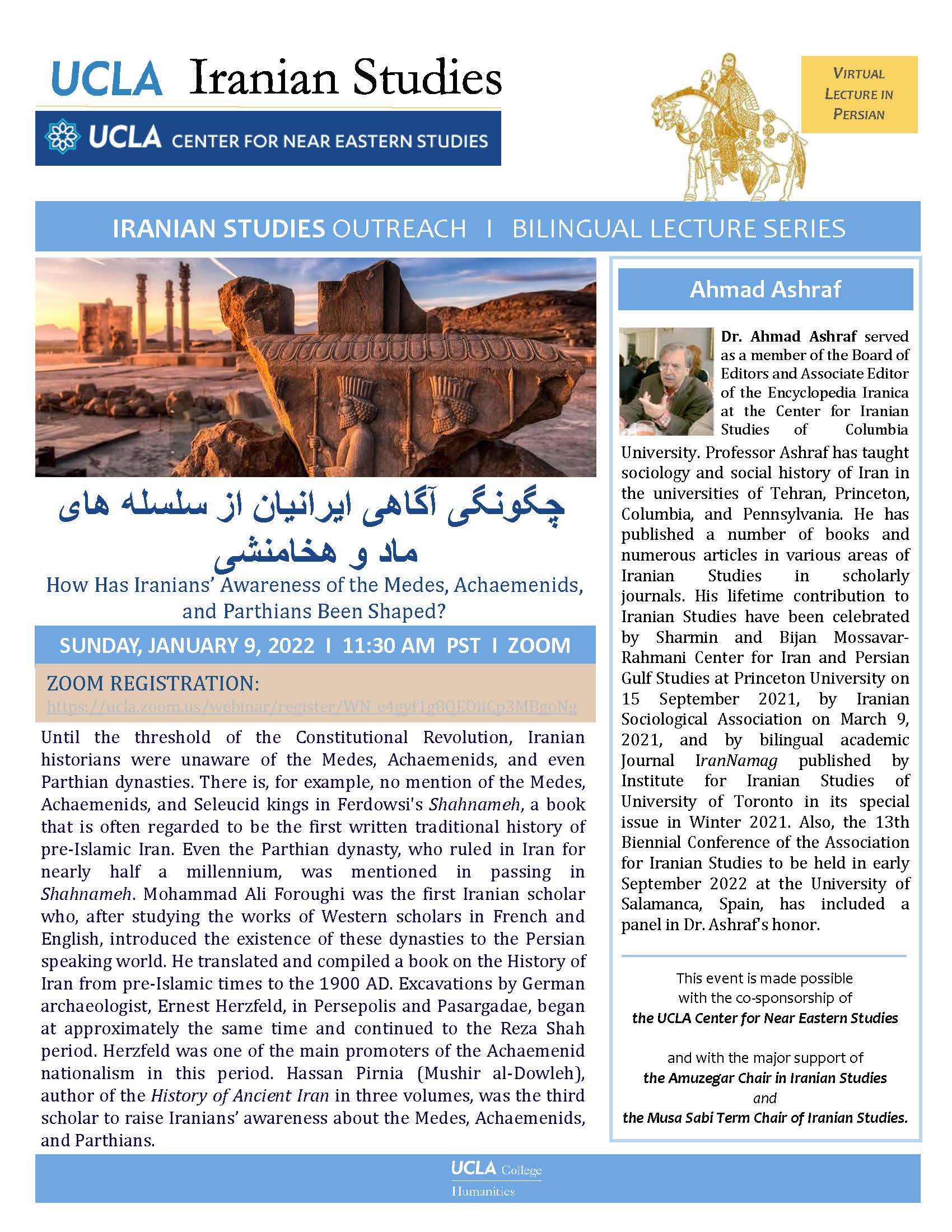 How Has Iranians’ Awareness of the Medes, Achaemenids, and Parthians Been Shaped?

Until the threshold of the Constitutional Revolution, Iranian historians were unaware of the Medes, Achaemenids, and even Parthian dynasties. There is, for example, no mention of the Medes, Achaemenids, and Seleucid kings in Ferdowsi’s Shahnameh, a book that is often regarded to be the first written traditional history of pre-Islamic Iran. Even the Parthian dynasty, who ruled in Iran for nearly half a millennium, was mentioned in passing in Shahnameh. Mohammad Ali Foroughi was the first Iranian scholar who, after studying the works of Western scholars in French and English, introduced the existence of these dynasties to the Persian speaking world. He translated and compiled a book on the History of Iran from pre-Islamic times to the 1900 AD. Excavations by German archaeologist, Ernest Herzfeld, in Persepolis and Pasargadae, began at approximately the same time and continued to the Reza Shah period. Herzfeld was one of the main promoters of the Achaemenid nationalism in this period. Hassan Pirnia (Mushir al-Dowleh), author of the History of Ancient Iran in three volumes, was the third scholar to raise Iranians’ awareness about the Medes, Achaemenids, and Parthians.

Dr. Ahmad Ashraf served as a member of the Board of Editors and Associate Editor of the Encyclopedia Iranica at the Center for Iranian Studies of Columbia University. Professor Ashraf has taught sociology and social history of Iran in the universities of Tehran, Princeton, Columbia, and Pennsylvania. He has published a number of books and numerous articles in various areas of Iranian Studies in scholarly journals. His lifetime contribution to Iranian Studies have been celebrated by Sharmin and Bijan Mossavar-Rahmani Center for Iran and Persian Gulf Studies at Princeton University on 15 September 2021, by Iranian Sociological Association on March 9, 2021, and by bilingual academic Journal IranNamag published by Institute for Iranian Studies of University of Toronto in its special issue in Winter 2021. Also, the 13th Biennial Conference of the Association for Iranian Studies to be held in early September 2022 at the University of Salamanca, Spain, has included a panel in Dr. Ashraf’s honor.