Freed from Hostageship: Iranian Perspectives on the Arsacids of Rome 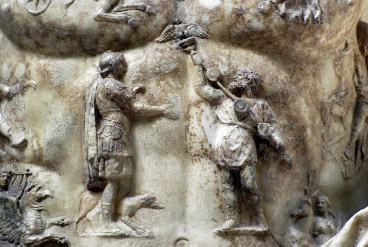 Over the course of the Julio-Claudian period in Rome (c.30 BCE-68 CE), several Arsacid princes from the ruling family of the Parthian empire were sent to live in the court of the Roman emperor. Ancient Greco-Roman sources describe these figures as “hostages,” and modern scholars have largely followed suit. While contemporary Parthian evidence is scarce, this talk will draw on later Iranian sources and broader histories of the ancient Near East to consider the Arsacids of Rome from a new perspectives – namely, as foster-children rather than hostages. This reinterpretation supports a different view of Roman-Parthian relations in the first century CE, one that departs from the scholarly literature’s usual focus on war and diplomacy between unitary empires and emphasizes instead the interconnection of two royal families through the bonds of fictive kinship.

To register for this event, please click here. Seating is limited.