Gilgamesh and the Translation of Philological Crises

This year, the Babylonian epic Gilgamesh celebrates the 150th anniversary of its modern rediscovery in 1872: since then, the epic has swept like a Flood through the literary world, and it continues to be celebrated as the oldest entry in the literary canon.

In this talk, Sophus Helle offers an introduction to the epic and its modern afterlife, focusing on the particular challenges that face the translators of premodern texts, who must contend with the cruxes and crises that come with the manuscript medium.

Translators of such texts must confront the question of how to render philological problems—or, as Helle terms them, “crises of reading”—including fragmentary sections, variation across manuscripts, obscure words, and the like. Helle argues that these philological problems can have their own poetics, their own set of aesthetic effects, which translators can engage with in creative ways.

Co-sponsored by The Center for the Study of Religion 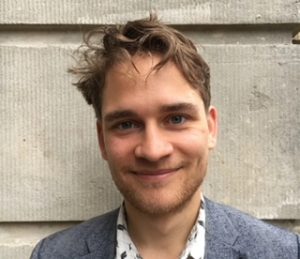 Sophus Helle is currently a postdoctoral researcher at Freie Universität Berlin. He previously translated Gilgamesh into Danish with his father, the poet Morten Søndergaard. He is currently working on a book about Enheduana, the first known author.