Graduate Seminar in Armenian Studies: Komitas and the Paradigm of Armenian Musical Identity 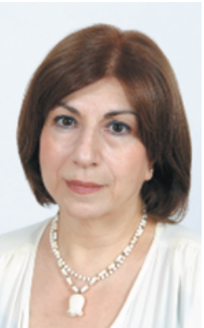 Lilit Yernjakyan is a musicologist, Doctor of Arts, professor, Honored Worker of Art of the Republic of Armenia, Leading Researcher at the Institute of Arts of the National Academy of Sciences of the Republic of Armenia and a professor at the Komitas State Conservatory in Yerevan. She is also a member of the Composers’ Union of Armenia. Yernjakyan is the author of 5 monographs and c.70 articles in Armenian, Russian, and English. Her research interests include various genres of traditional Eastern art music, Armenian sacred and ashugh music, Armeno-Iranian and Armeno-Turkish musical interaction, as well as modern art music.

In Komitas studies the basic concepts formulated in his articles and essays have been interpreted to apply to the two main branches of Armenian monodic music, religious and folk, as paramount representations of Armenian musical identity. Armenian urban and ashugh (bardic) music lay beyond Komitas Vardapet’s scholarly investigations as they were regarded as embodying a different aesthetic system more typical of the broader Near Eastern musical tradition This presentation will explore the artistic aspects and ethnic background of bardic music, elucidating them through Komitas’ perspectives on an Armenian/Near Eastern dichotomy.

Lecture will be delivered in Armenian

Pizza and refreshments will be served