Many Roads to Oxiana: Safavid and Mughal Poetry on Central Asian Campaigns 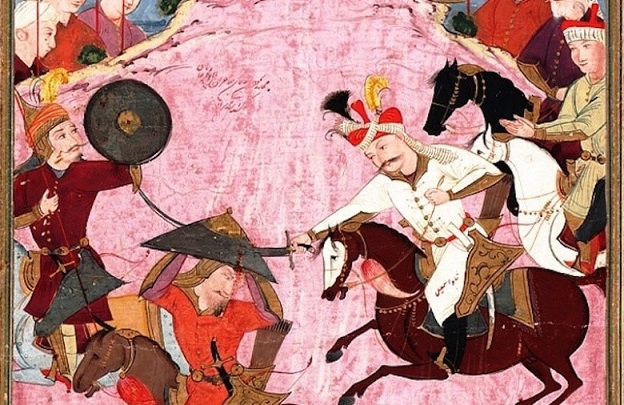 Central Asia under the Uzbeks was viewed with ambivalence by their Persianate neighbors, the Safavids and Mughals. On the one hand, it was cherished as the cradle of Persian literature and the Timurid homeland, but at the same time its rulers were also frequently at war with them. Literary representations of military conflicts between the three polities were often characterized by the deployment of the mythical Turan-Iran binary and recast in the manner of later epics modeled on Firdawsi’s Shahnama. But there was also a newness to this poetry in keeping with the popular ‘fresh style’ of the period. This paper will study the tension between traditional modes of representation and the poetics of the early modern period in the context of a close reading of some poems, such as on the Battle of Marv (1510) by the Safavid poet Qasimi and on the Balkh campaigns of the seventeenth century by the Mughal poets Kalim and Alavi.

NOTE: This lecture was rescheduled from spring 2017.

This event is cosponsored by the Program of Iranian Studies and presented in collaboration with the Center for Near Eastern Studies.