Skip to main content
Home > Events > Iranian > Pahlavi Workshop: Roundtable on the 100th Anniversary of the 1921 Coup and Reflections on the Reza Pahlavi Period

Pahlavi Workshop: Roundtable on the 100th Anniversary of the 1921 Coup and Reflections on the Reza Pahlavi Period 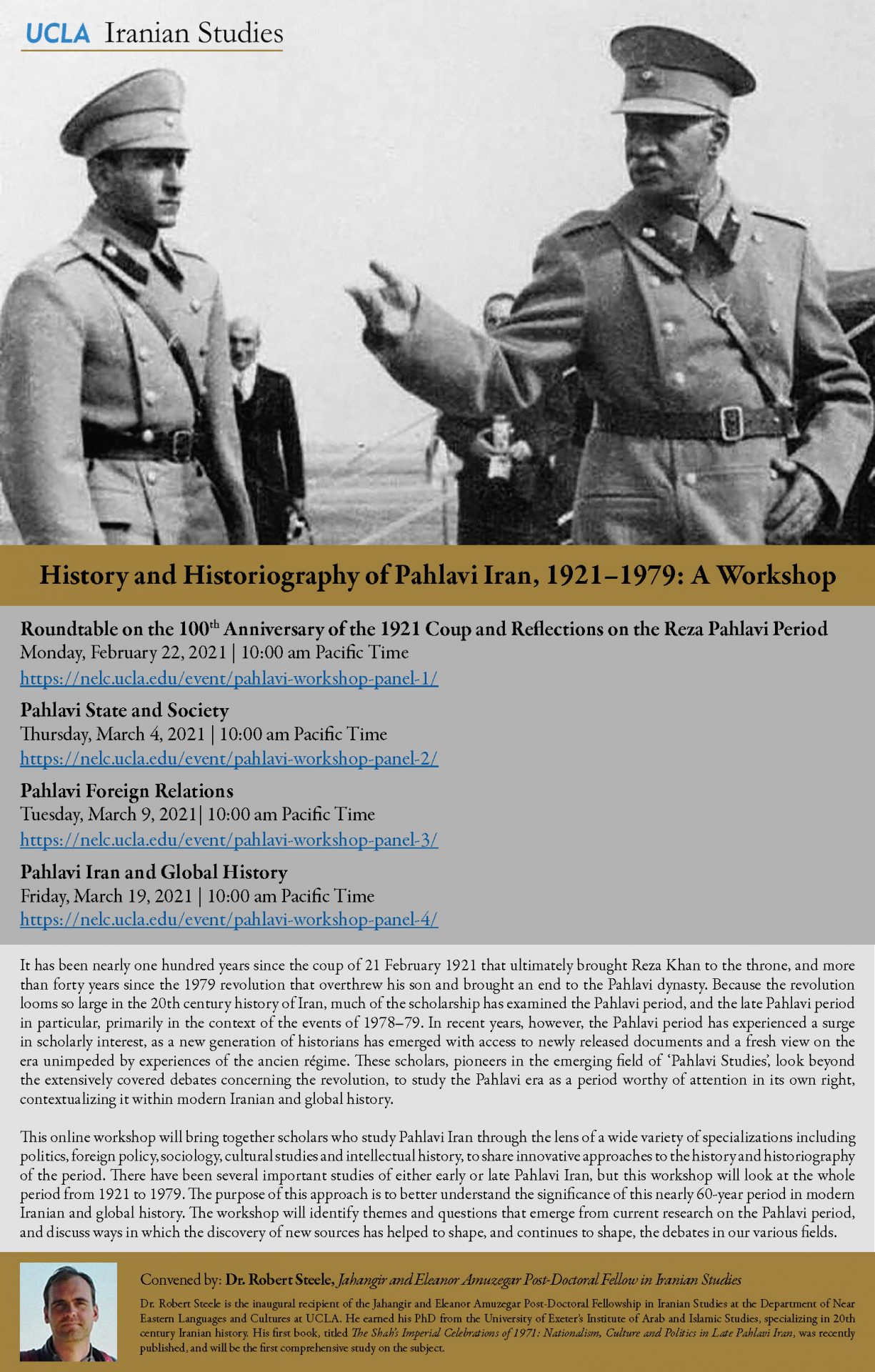 The first panel of the Iranian Studies workshop, “History and Historiography of Pahlavi Iran, 1921-1979: A Workshop” will feature a round table discussion centered on the 100th anniversary of the coup that initiated the Reza Pahlavi Period in Iran.

This panel will be chaired by workshop organizer Dr. Robert Steele, the Jahangir and Eleanor Amuzegar Post-Doctoral Fellow in Iranian Studies at UCLA.

Featured panelists of the round table discussion include:

Professor of History, University of Michigan-Dearborn