Skip to main content
Home > Events > Assyriology > People of Empire: Assyrianness Through the Looking-Glass of the Neo-Assyrian State

People of Empire: Assyrianness Through the Looking-Glass of the Neo-Assyrian State

In the first half of the first millennium BCE, the Neo-Assyrian state forged what Mario Liverani has called the world’s “prototype empire”. Empires are often associated with imperial peoples: a core population that maintains its distinctiveness and enjoys a privileged position within the imperial structure. Were the Assyrians such a people? The Neo-Assyrian state apparatus produced a great deal of textual material spanning many genres and purposes and covering much of its existence. A significant part of this material has been recovered and made available for scientific examination over the last two centuries. This rich body of evidence allows us to investigate how the Neo-Assyrian state understood “Assyrianness”. Who was regarded as Assyrian, who was not, and on what basis?

I will argue that Assyrianness was not invested in a fixed differentiation between peoples within the empire. Assyrianness was instead bound up in the universal promise of empire. Assyrian imperialism sought to impose the divine order over the mundane world. Whatever conformed to the divine order was Assyrian by default: good, proper, “us.” Whatever did not conform to this order was the other: strange, improper, “them.” Refracted as it is through the looking-glass of the Neo-Assyrian state, the evidence reveals an Assyrian identity located not in ethnonational constructs, but in political subordination and modes of subsistence. This provides an interesting contrast with our understanding of other imperial peoples, like those of Achaemenid Persia or of the familiar European colonial empires of the last few centuries. Assyrians were not an imperial people, but the people of empire. 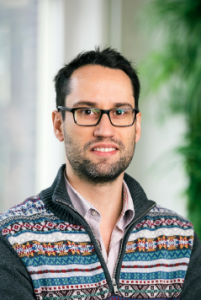