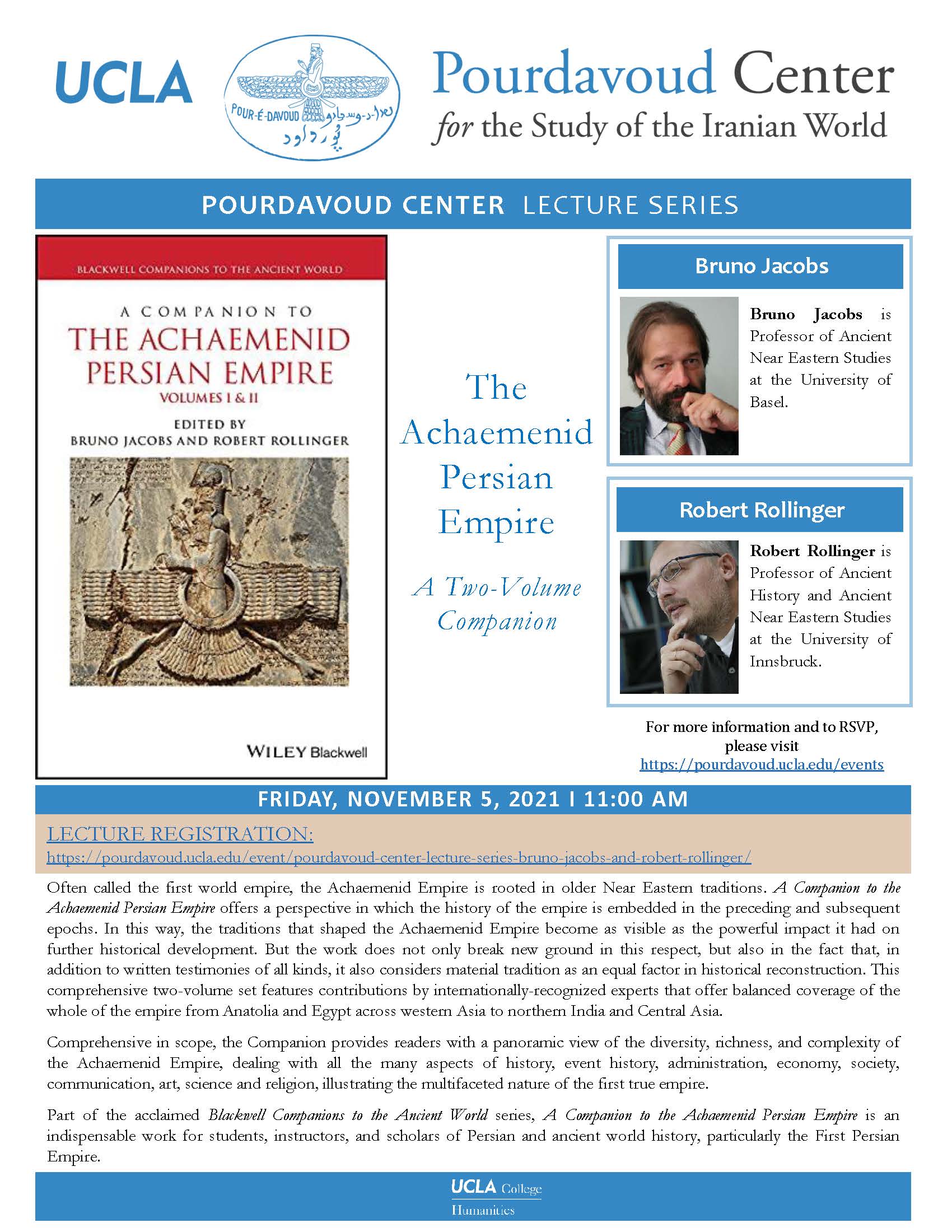 Often called the first world empire, the Achaemenid Empire is rooted in older Near Eastern traditions. A Companion to the Achaemenid Persian Empire offers a perspective in which the history of the empire is embedded in the preceding and subsequent epochs. In this way, the traditions that shaped the Achaemenid Empire become as visible as the powerful impact it had on further historical development. But the work does not only break new ground in this respect, but also in the fact that, in addition to written testimonies of all kinds, it also considers material tradition as an equal factor in historical reconstruction. This comprehensive two-volume set features contributions by internationally-recognized experts that offer balanced coverage of the whole of the empire from Anatolia and Egypt across western Asia to northern India and Central Asia.

Comprehensive in scope, the Companion provides readers with a panoramic view of the diversity, richness, and complexity of the Achaemenid Empire, dealing with all the many aspects of history, event history, administration, economy, society, communication, art, science and religion, illustrating the multifaceted nature of the first true empire.

Part of the acclaimed Blackwell Companions to the Ancient World series, A Companion to the Achaemenid Persian Empire is an indispensable work for students, instructors, and scholars of Persian and ancient world history, particularly the First Persian Empire.

Please click here to register and receive the Zoom information.