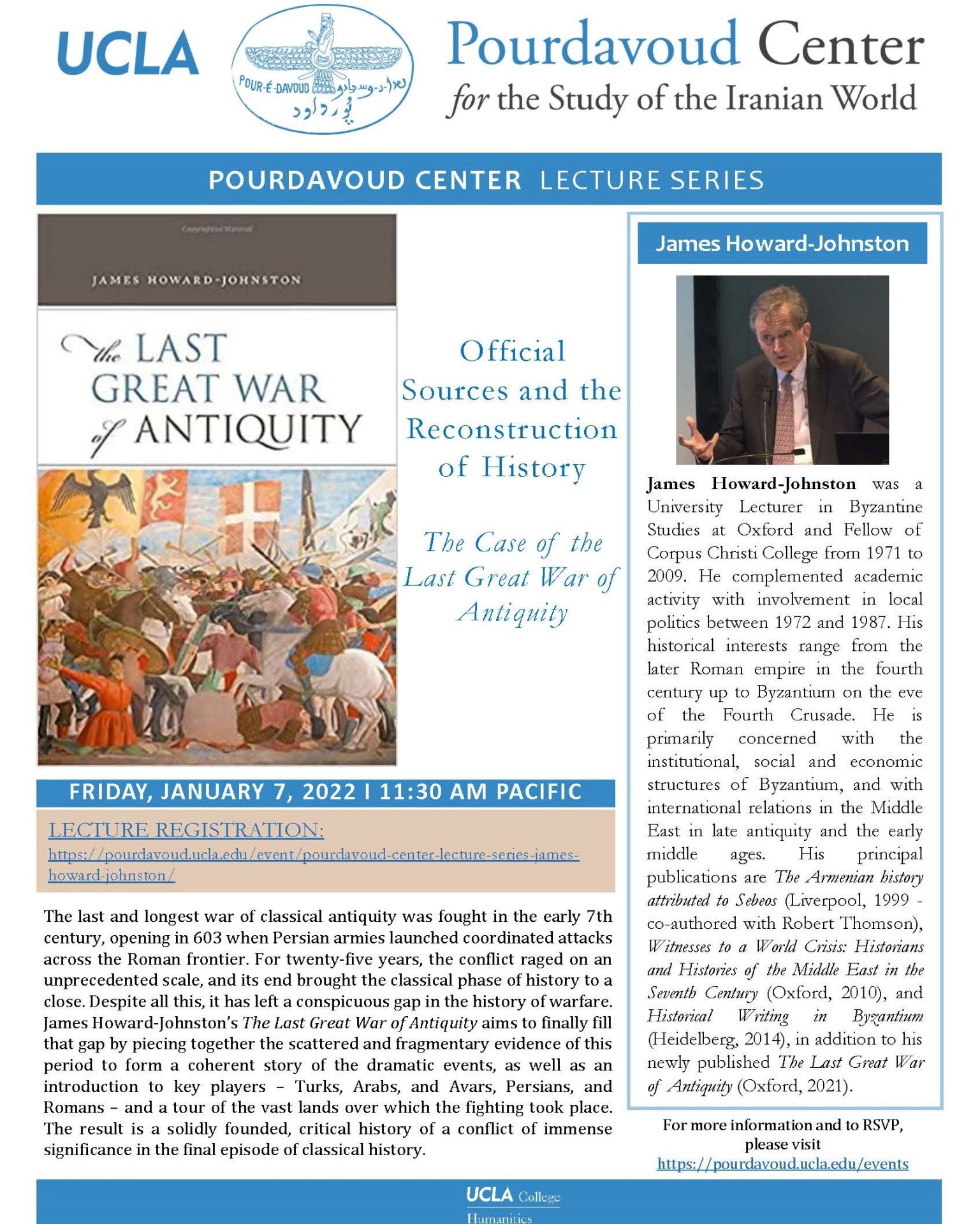 Official Sources and the Reconstruction of History: The Case of the Last Great War of Antiquity

The last and longest war of classical antiquity was fought in the early 7th century, opening in 603 when Persian armies launched coordinated attacks across the Roman frontier. For twenty-five years, the conflict raged on an unprecedented scale, and its end brought the classical phase of history to a close. Despite all this, it has left a conspicuous gap in the history of warfare. James Howard-Johnston’s The Last Great War of Antiquity aims to finally fill that gap by piecing together the scattered and fragmentary evidence of this period to form a coherent story of the dramatic events, as well as an introduction to key players – Turks, Arabs, and Avars, Persians, and Romans – and a tour of the vast lands over which the fighting took place. The result is a solidly founded, critical history of a conflict of immense significance in the final episode of classical history.

James Howard-Johnston was University Lecturer in Byzantine Studies at Oxford and Fellow of Corpus Christi College from 1971 to 2009. He complemented academic activity with involvement in local politics between 1972 and 1987. His historical interests range from the later Roman empire in the fourth century up to Byzantium on the eve of the Fourth Crusade. He is primarily concerned with the institutional, social and economic structures of Byzantium, and with international relations in the Middle East in late antiquity and the early middle ages. His principal publications are The Armenian history attributed to Sebeos (Liverpool, 1999 – co-authored with Robert Thomson), Witnesses to a World Crisis: Historians and Histories of the Middle East in the Seventh Century (Oxford, 2010), and Historical Writing in Byzantium (Heidelberg, 2014).

Please click here to register and receive the Zoom information.