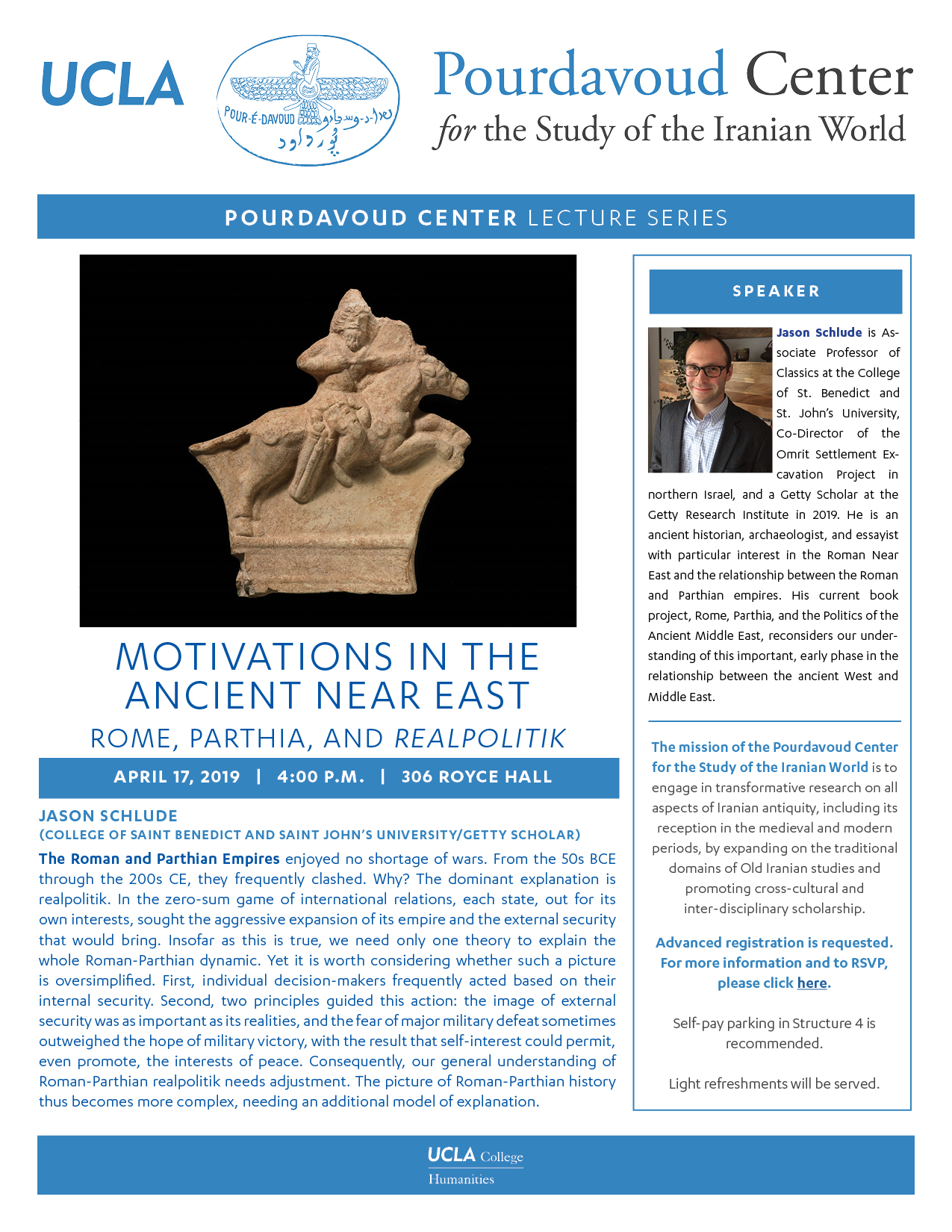 Motivations in the Ancient Middle East: Rome, Parthia, and Realpolitik

The Roman and Parthian Empires enjoyed no shortage of wars. From the 50s BCE through the 200s CE, they frequently clashed. Why? The dominant explanation is realpolitik. In the zero-sum game of international relations, each state, out for its own interests, sought the aggressive expansion of its empire and the external security that would bring. Insofar as this is true, we need only one theory to explain the whole Roman-Parthian dynamic. Yet it is worth considering whether such a picture is oversimplified. First, individual decision-makers frequently acted based on their internal security. Second, two principles guided this action: the image of external security was as important as its realities, and the fear of major military defeat sometimes outweighed the hope of military victory, with the result that self-interest could permit, even promote, the interests of peace. Consequently, our general understanding of Roman-Parthian realpolitik needs adjustment. The picture of Roman-Parthian history thus becomes more complex, needing an additional model of explanation.

Jason Schlude is Associate Professor of Classics at the College of St. Benedict and St. John’s University, Co-Director of the Omrit Settlement Excavation Project in northern Israel, and a Getty Scholar at the Getty Research Institute in 2019. He is an ancient historian, archaeologist, and essayist with particular interest in the Roman Near East and the relationship between the Roman and Parthian empires. His current book project, Rome, Parthia, and the Politics of the Ancient Middle East, reconsiders our understanding of this important, early phase in the relationship between the ancient West and Middle East.