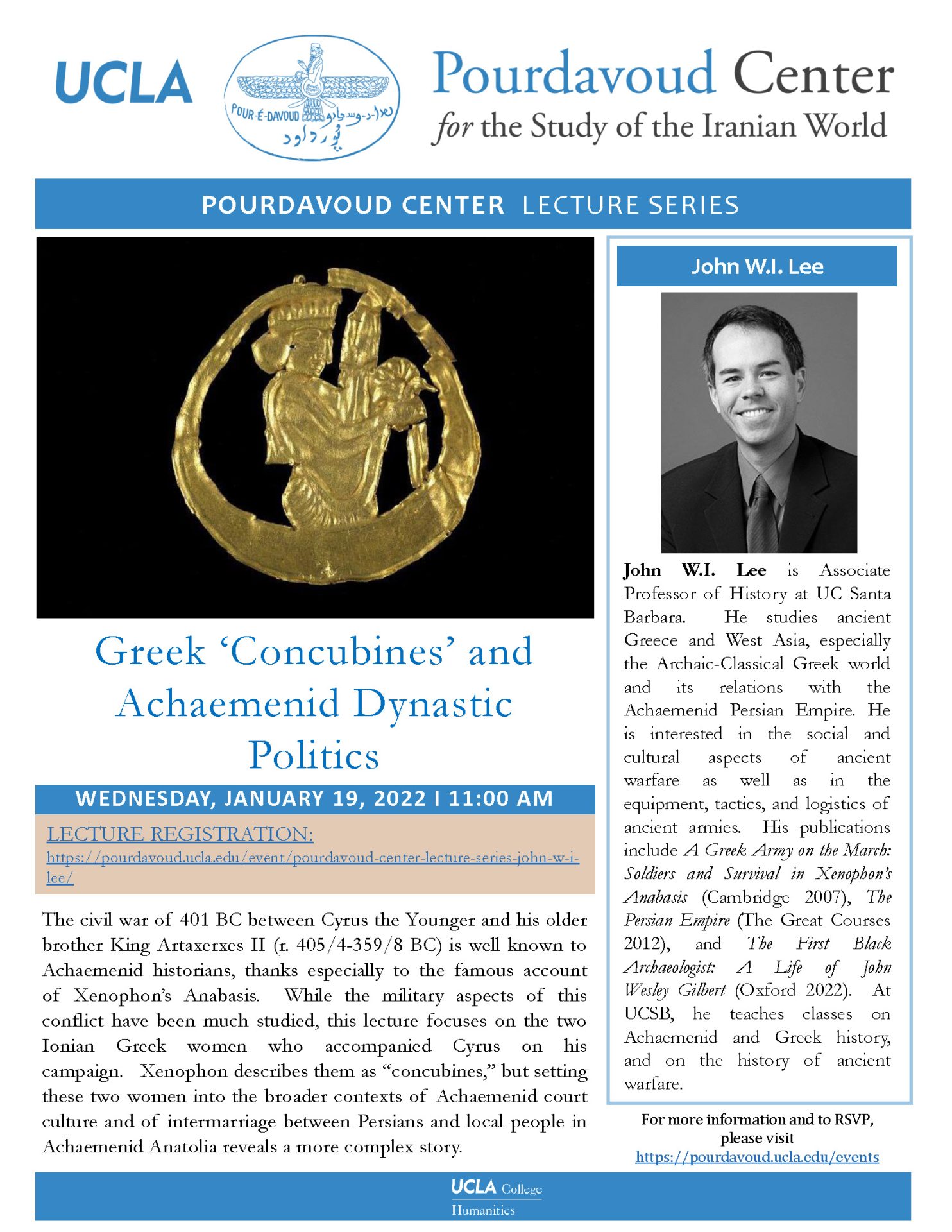 The civil war of 401 BC between Cyrus the Younger and his older brother King Artaxerxes II (r. 405/4-359/8 BC) is well known to Achaemenid historians, thanks especially to the famous account of Xenophon’s Anabasis.  While the military aspects of this conflict have been much studied, this lecture focuses on the two Ionian Greek women who accompanied Cyrus on his campaign.   Xenophon describes them as “concubines,” but setting these two women into the broader contexts of Achaemenid court culture and of intermarriage between Persians and local people in Achaemenid Anatolia reveals a more complex story.

John W.I. Lee is Associate Professor of History at UC Santa Barbara.  He studies ancient Greece and West Asia, especially the Archaic-Classical Greek world and its relations with the Achaemenid Persian Empire. He is interested in the social and cultural aspects of ancient warfare as well as in the equipment, tactics, and logistics of ancient armies.  His publications include A Greek Army on the March: Soldiers and Survival in Xenophon’s Anabasis (Cambridge 2007), The Persian Empire (The Great Courses 2012), and The First Black Archaeologist: A Life of John Wesley Gilbert (Oxford 2022).  At UCSB, he teaches classes on Achaemenid and Greek history, and on the history of ancient warfare.

Please click here to register for the event and receive the Zoom information.