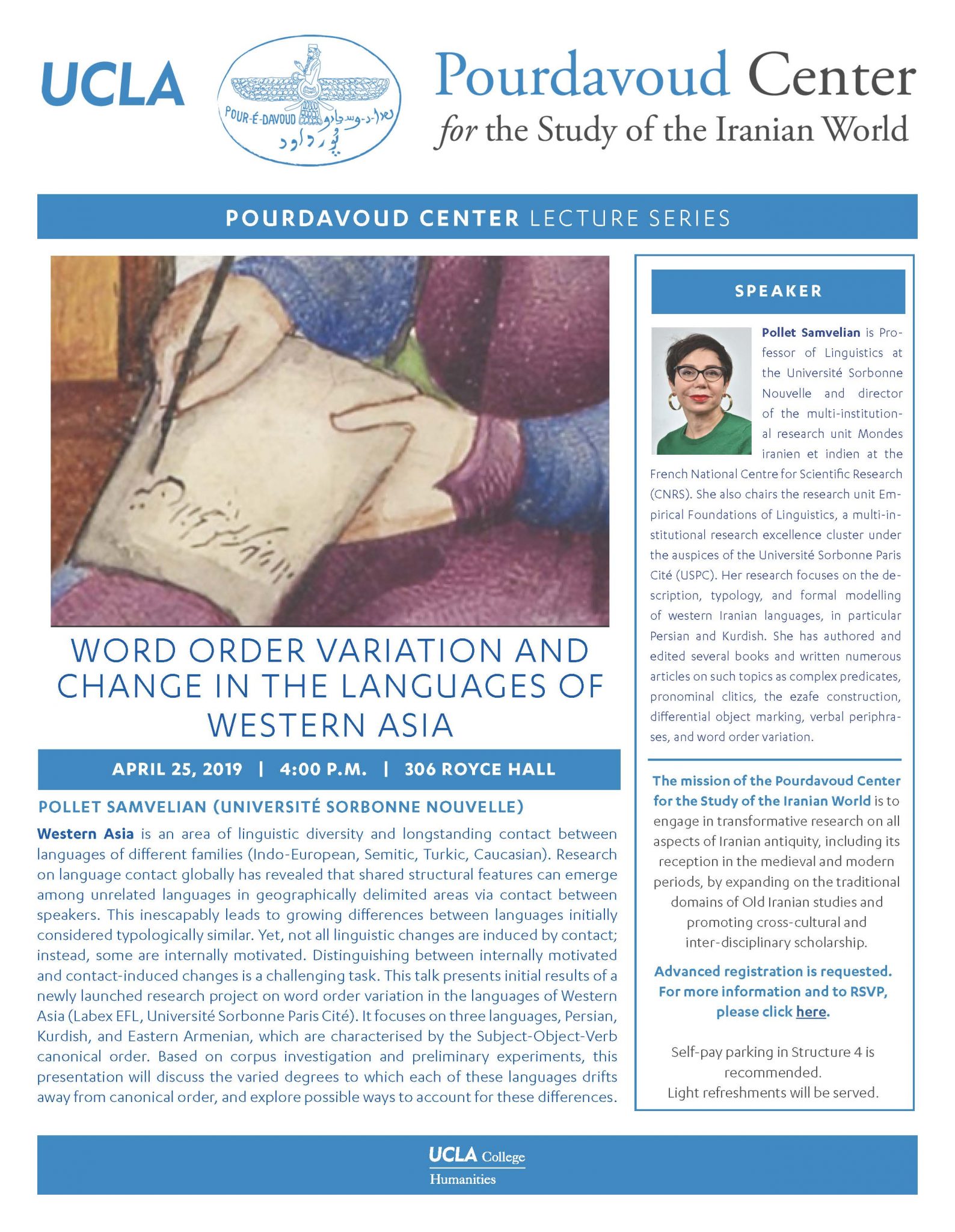 Word Order Variation and Change in the Languages of Western Asia

Western Asia is an area of linguistic diversity and longstanding contact between languages of different families (Indo-European, Semitic, Turkic, Caucasian). Research on language contact globally has revealed that shared structural features can emerge among unrelated languages in geographically delimited areas via contact between speakers. This inescapably leads to growing differences between languages initially considered typologically similar. Yet, not all linguistic changes are induced by contact; instead, some are internally motivated. Distinguishing between internally motivated and contact-induced changes is a challenging task. This talk presents initial results of a newly launched research project on word order variation in the languages of Western Asia (Labex EFL, Université Sorbonne Paris Cité). It focuses on three languages, Persian, Kurdish, and Eastern Armenian, which are characterised by the Subject-Object-Verb canonical order. Based on corpus investigation and preliminary experiments, this presentation will discuss the varied degrees to which each of these languages drifts away from canonical order, and explore possible ways to account for these differences.

Pollet Samvelian is Professor of Linguistics at the Université Sorbonne Nouvelle and director of the multi-institutional research unit Mondes iranien et indien at the French National Centre for Scientific Research (CNRS). She also chairs the research unit Empirical Foundations of Linguistics, a multi-institutional research excellence cluster under the auspices of the Université Sorbonne Paris Cité (USPC). Her research focuses on the description, typology, and formal modelling of western Iranian languages, in particular Persian and Kurdish. She has authored and edited several books and written numerous articles on such topics as complex predicates, pronominal clitics, the ezafe construction, differential object marking, verbal periphrases, and word order variation.