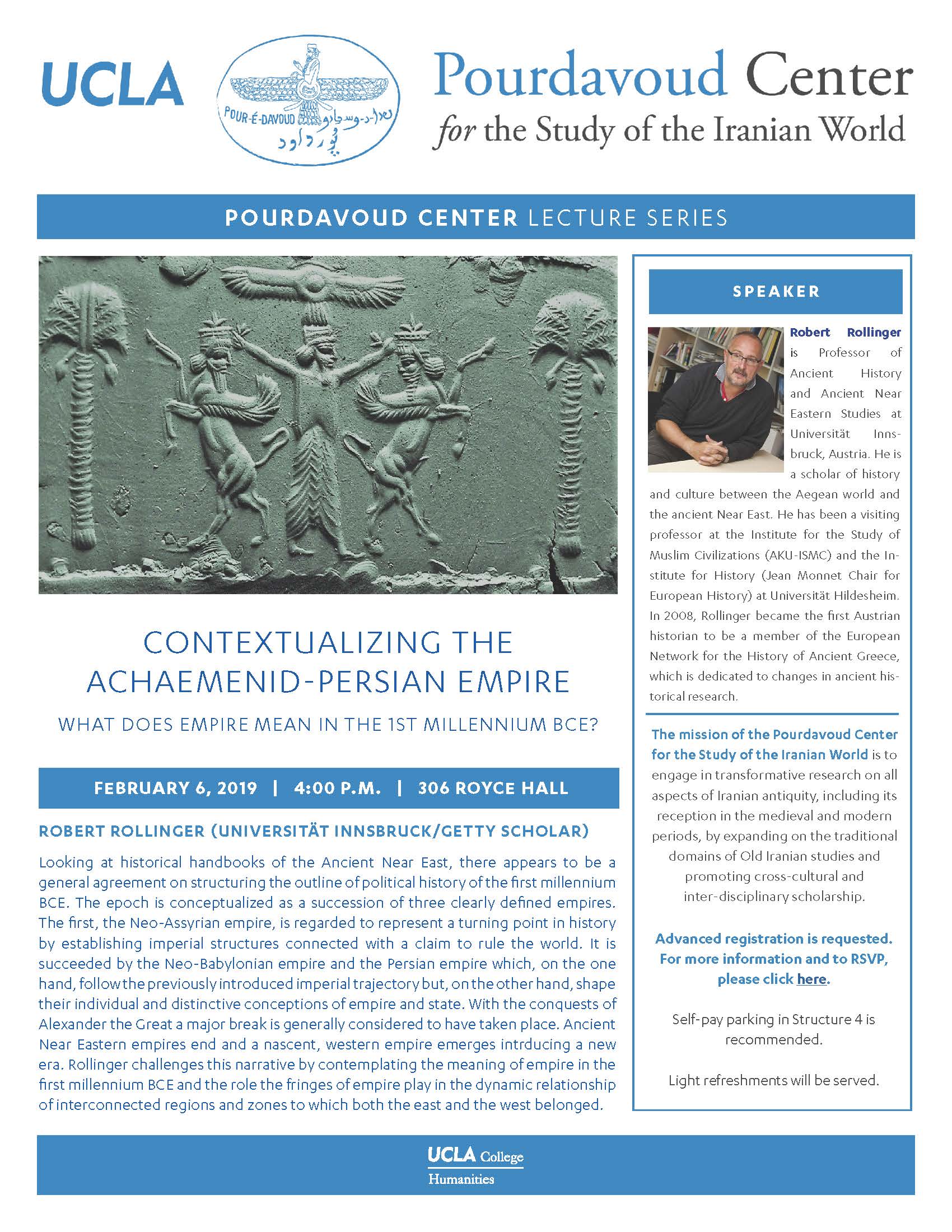 Contextualizing the Achaemenid-Persian Empire: What Does Empire Mean in the 1st Millennium BCE?

Looking at historical handbooks of the Ancient Near East, there appears to be a general agreement on structuring the outline of political history of the first millennium BCE. The epoch is conceptualized as a succession of three clearly defined empires. The first, the Neo-Assyrian empire, is regarded to represent a turning point in history by establishing imperial structures connected with a claim to rule the world. It is succeeded by the Neo-Babylonian empire and the Persian empire which, on the one hand, follow the previously introduced imperial trajectory but, on the other hand, shape their individual and distinctive conceptions of empire and state. With the conquests of Alexander the Great a major break is generally considered to have taken place. Ancient Near Eastern empires end and a fresh, western empire emerges intrducing a new era. Rollinger challenges this narrative by contemplating the meaning of empire in the first millennium BCE and the role the fringes of empire play in the dynamic relationship of interconnected regions and zones to which both the east and the west belonged.

Robert Rollinger is Professor of Ancient History and Ancient Near Eastern Studies at Universität Innsbruck, Austria. He is a scholar of history and culture between the Aegean world and the ancient Near East. He has been a visiting professor at the Institute for the Study of Muslim Civilizations (AKU-ISMC) and the Institute for History (Jean Monnet Chair for European History) at Universität Hildesheim. In 2008, Rollinger became the first Austrian historian to be a member of the European Network for the History of Ancient Greece, which is dedicated to changes in ancient historical research.