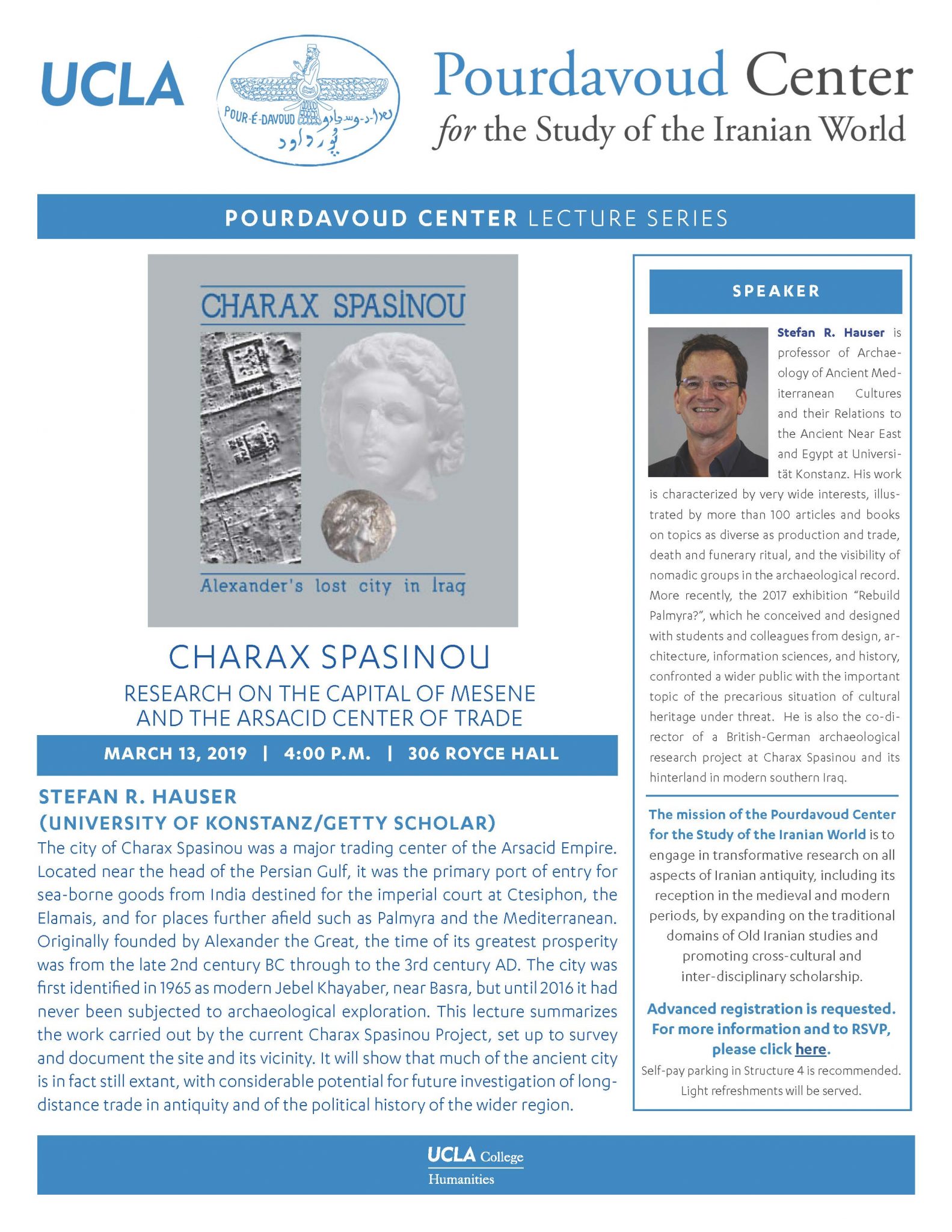 Dr. Stefan Hauser will present his research as part of the Pourdavoud Center 2018-2019 Lecture Series. Dr. Hauser is Professor of Archaeology and Ancient Mediterranean Culture at the Universität Konstanz, Germany. He is also a Getty Scholar for the 2018-2019 academic year. To RSVP, please click here.

The city of Charax Spasinou was a major trading center of the Arsacid Empire. Located near the head of the Persian Gulf, it was the primary port of entry for sea-borne goods from India destined for the imperial court at Ctesiphon, the Elamais, and for places further afield such as Palmyra and the Mediterranean. Originally founded by Alexander the Great, the time of its greatest prosperity was from the late 2nd century BC through to the 3rd century AD. The city was first identified in 1965 as modern Jebel Khayaber, near Basra, but until 2016 it had never been subjected to archaeological exploration. This lecture summarizes the work carried out by the current Charax Spasinou Project, set up to survey and document the site and its vicinity. It will show that much of the ancient city is in fact still extant, with considerable potential for future investigation of long-distance trade in antiquity and of the political history of the wider region.

Stefan R. Hauser is professor of Archaeology of Ancient Mediterranean Cultures and their Relations to the Ancient Near East and Egypt at Universität Konstanz. His work is characterized by very wide interests, illustrated by more than 100 articles and books on topics as diverse as production and trade, death and funerary ritual, and the visibility of nomadic groups in the archaeological record. More recently, the 2017 exhibition “Rebuild Palmyra?”, which he conceived and designed with students and colleagues from design, architecture, information sciences, and history, confronted a wider public with the important topic of the precarious situation of cultural heritage under threat. He is also the co-director of a British-German archaeological research project at Charax Spasinou and its hinterland in modern southern Iraq.