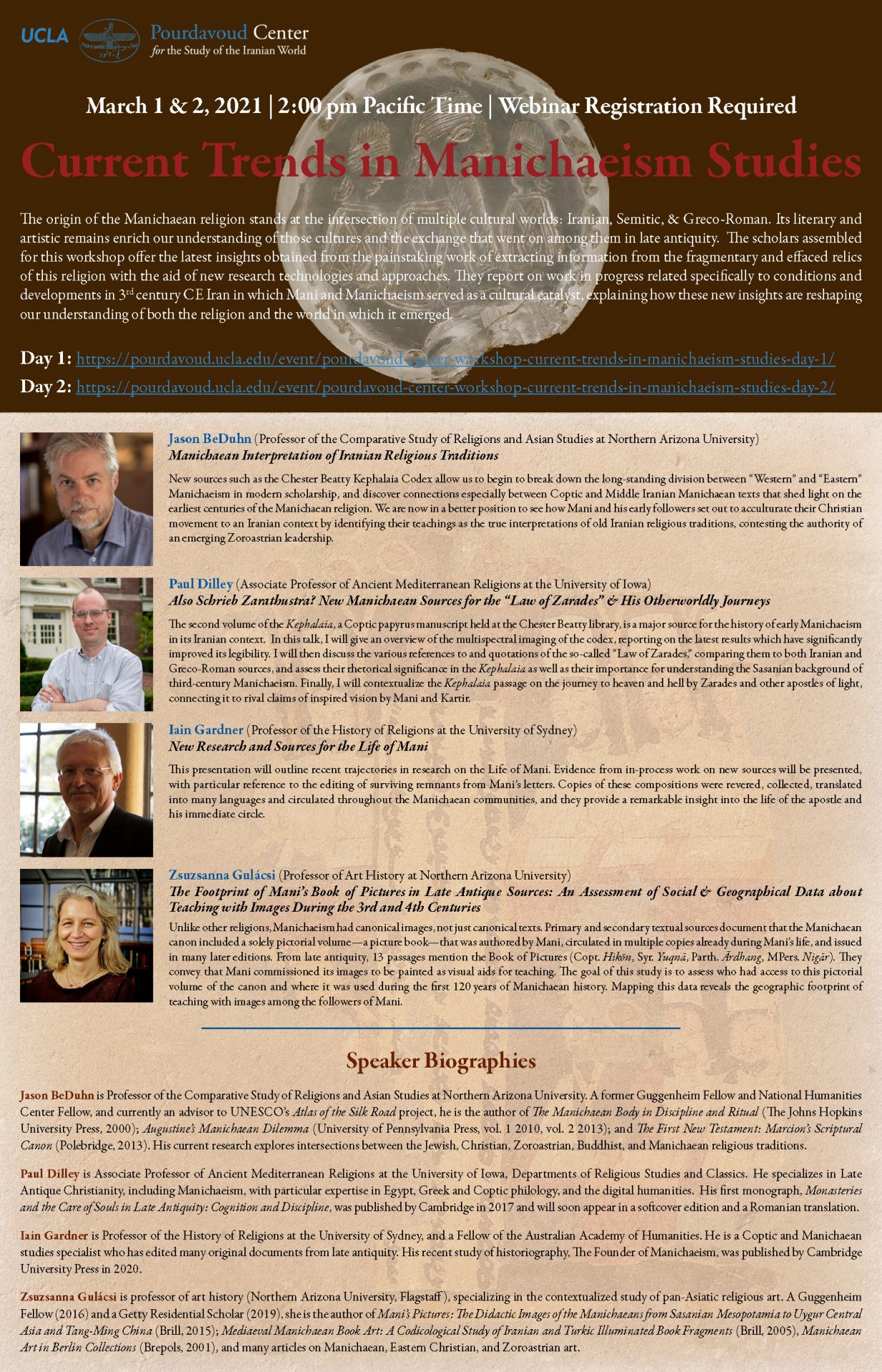 The origin of the Manichaean religion stands at the intersection of multiple cultural worlds: Iranian, Semitic, & Greco-Roman. Its literary and artistic remains enrich our understanding of those cultures and the exchange that went on among them in late antiquity. The scholars assembled for this workshop offer the latest insights obtained from the painstaking work of extracting information from the fragmentary and effaced relics of this religion with the aid of new research technologies and approaches. They report on work in progress related specifically to conditions and developments in 3rd century CE Iran in which Mani and Manichaeism served as a cultural catalyst, explaining how these new insights are reshaping our understanding of both the religion and the world in which it emerged. 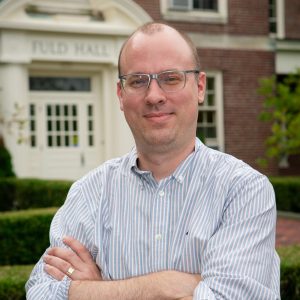 Paul Dilley, Associate Professor of Ancient Mediterranean Religions at the University of Iowa

The second volume of the Kephalaia, a Coptic papyrus manuscript held at the Chester Beatty library, is a major source for the history of early Manichaeism in its Iranian context.  In this talk, I will give an overview of the multispectral imaging of the codex, reporting on the latest results which have significantly improved its legibility. I will then discuss the various references to and quotations of the so-called “Law of Zarades,” comparing them to both Iranian and Greco-Roman sources, and assess their rhetorical significance in the Kephalaia as well as their importance for understanding the Sasanian background of third-century Manichaeism. Finally, I will contextualize the Kephalaia passage on the journey to heaven and hell by Zarades and other apostles of light, connecting it to rival claims of inspired vision by Mani and Kartir. 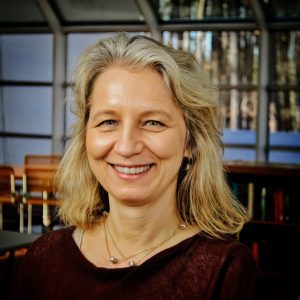 The Footprint of Mani’s Book of Pictures in Late Antique Sources: An Assessment of Social & Geographical Data about Teaching with Images During the 3rd and 4th Centuries

Unlike other religions, Manichaeism had canonical images, not just canonical texts. Primary and secondary textual sources document that the Manichaean canon included a solely pictorial volume—a picture book—that was authored by Mani, circulated in multiple copies already during Mani’s life, and issued in many later editions. From late antiquity, 13 passages mention the Book of Pictures (Copt. Hikōn, Syr. Yuqnā, Parth. Ārdhang, MPers. Nigār). They convey that Mani commissioned its images to be painted as visual aids for teaching. The goal of this study is to assess who had access to this pictorial volume of the canon and where it was used during the first 120 years of Manichaean history. Mapping this data reveals the geographic footprint of teaching with images among the followers of Mani.
Please click here to RSVP and receive the Zoom information.
+ Google Calendar+ Add to iCalendar