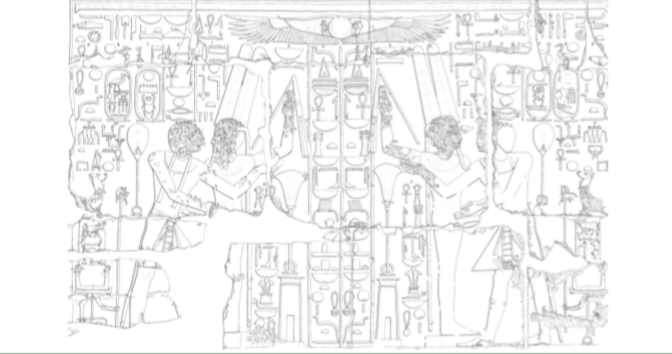 The divinity of the king and the power it implies has attracted the attention of Egyptologists ever since the inception of the field. Much of the debate has centered on determining whether the king was either the foremost of the human or the lowest of the gods. Inherent in these conversations was the assumption that the king had only a single nature, which was either human or divine. This issue was cleverly resolved by means of a spiritual form of the king referred to as The Royal Ka. This theory, first proposed by Lanny Bell in 1985, argued that the individual king was mortal but that he gained divine status by merging with The Royal Ka, a singular ka spirit equivalent with the office of kingship and passed down the line of succession. This theory was a good compromise, granting the king both human and divine natures, and it also claimed to account for all manifestations of the divine king. Yet, a closer look reveals several inconsistencies. If there were only a single Royal Ka solely responsible for the divinity of the king, how could this explain, for example, scenes of a king before royal ancestors let alone periods of coregency? If one of these officeholders was not forced to sacrifice his or her divinity, how was such a situation possible? This talk will briefly summarize these contradictions and argue for a redefinition of The Royal Ka, one that is more consistent with other aspects of Egyptian theology. It will then conclude by suggesting a new approach to royal divinity that does not attempt to define the king’s nature but instead looks at divinity from the perspective of efficacy. 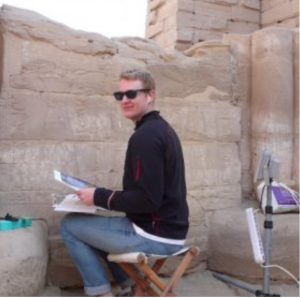 Jonathan Winnerman is a lecturer in Egyptology at UCLA, and he recently received his PhD from the University of Chicago. A specialist in ancient Egyptian language and visual culture, his research focuses on the interpretation of ancient Egyptian religion. Beyond the cross-cultural study of sacred kingship, his interests include Political Theology and its application to ancient Egypt, ancient Egyptian cryptographic texts, and the definition and ontology of the divine in ancient Egypt. He has worked in Egypt for many years, most recently with the Tell Edfu Project and as an epigrapher with the Epigraphic Survey in Luxor. Back in Chicago, Jonathan also contributed to the Chicago Demotic Dictionary Project and worked for the Writing Program as a specialist in writing pedagogy.