The Arabicization of Christian Egypt: Reframing the Debate

The linguistic evolution of Egypt has been studied at some length, and with the invaluable evidence offered by the papyrological sources it has been possible to make very fine and detailed observations on the chronology and distribution of linguistic change. The different linguistic balance established by the Egyptian language with the two imperial languages that entered the country by conquest and served for centuries as languages of power is very striking: while Egyptian was used alongside Greek for a millennium after Alexander, being redefined and reinforced in the process, within half that time after the Arab conquest it gave way to Arabic, having shown only a relatively low and specialised degree of linguistic interaction with it. Even though this difference has been in the background of the academic discussion of the topic in recent decades, it has not been addressed directly, because the most recent work has largely been of a micro-historical nature, focusing on administrative linguistic practice. This presentation will first take a step back to look at the Orientalist historiography that still casts a shadow over the subject, and then suggest some new avenues of analysis drawing on recent work in socio-linguistics.

Co-Sponsored by: Department of Near Eastern Languages and Cultures, Islamic Studies Program, Department of History, Center for Medieval and Renaissance Studies 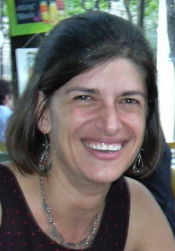 Dr. Arietta Papaconstantinou is Associate Professor of Classics at the University of Reading. Her research interests cover the religious, social and economic history of Egypt and the Near East during the transition from the Roman Empire to the Caliphate. She is particularly interested in the evolution Christian communities during the first two centuries of Islamic rule. She likes to mobilise a wide range of sources and approaches, from economic to textual and linguistic, using traditional narrative sources as well as archaeology, papyrology and epigraphy. Before joining Reading in 2011, Papaconstantinou was Maitre de Conferences at the Universite Paris 1 – Pantheon Sorbonne, where she had taught since 1999, after several years at the Universities of Strasbourg, Franche-Comte, and Val de Marne (Paris XII). She was educated at the German School in Athens, Deree College in Athens, and the Universite de Strasbourg, from where she holds an MA in Archaeology and a Ph.D. in Ancient History.