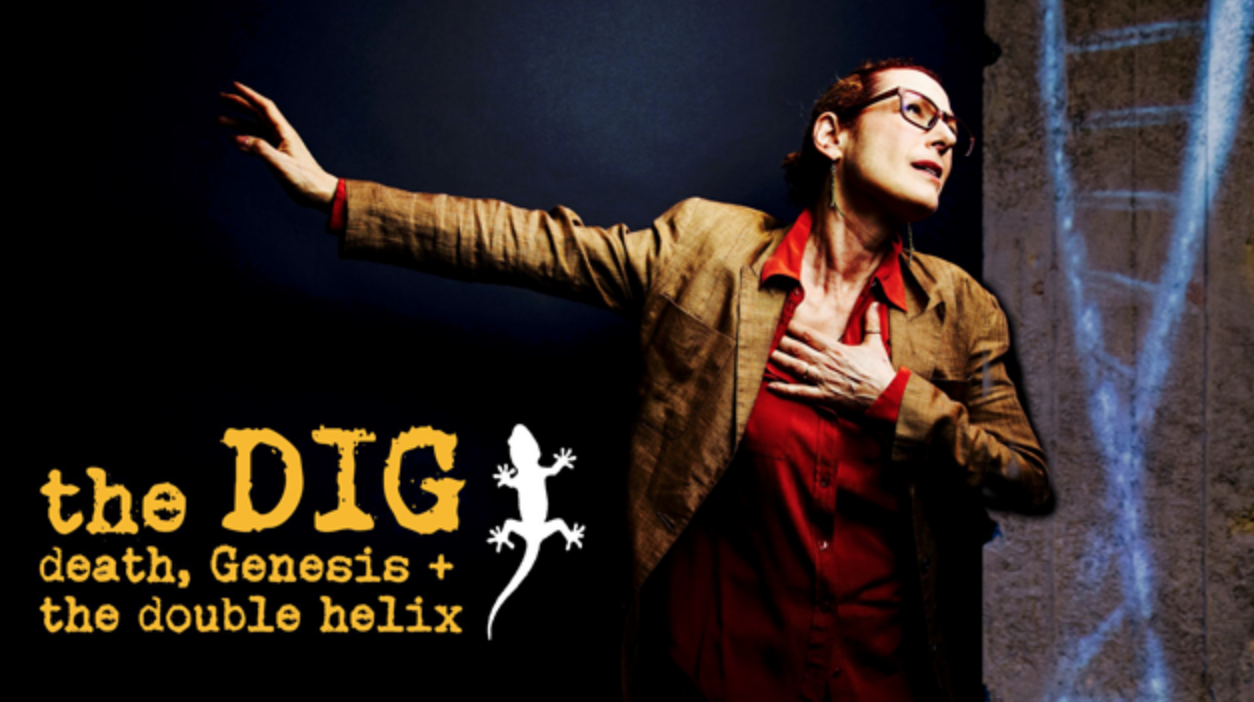 The Dig seamlessly and beautifully weaves together the worlds of archaeology; science and biochemistry; Biblical text; Jewish history and identity; the history/story of the land of Israel Palestine; and more. In The Dig, playwright and actor Stacie Chaiken plays Sally Jenkins, an American archaeologist renowned worldwide for her ability to extract genetic information from ancient bones. She is summoned to a dig in Jaffa where the Israelis have discovered something they fear might topple the precarious political, historical and religious balance in the region. Sally is the only person in the world who can tell them what it is…

It premiered in 2016 at the LA Theater Center, and she received the 2017 Los Angeles Stage Raw Theatre Award for Solo Performance. The production at UCLA will include new music written and performed by world musician and composer Yuval Ron.