The Goddess Isis and the Kingdom of Meroe

Discussions of the widespread appeal of the cult of Isis in antiquity often omit any mention of the Nubian priests who served the rulers of the Kingdom of Meroe (located south of Egypt in the Sudan) and the royal donations of gold that they delivered to the temple of Isis at Philae, located at Egypt’s border with Nubia. Those funds were essential to the survival of the temple of Philae, allowing it to remain in active use for centuries after other temples had been abandoned in Egypt. I will describe the rites performed by the Nubian priests and their participation in a tradition of Nubian pilgrimage to this site that spanned one thousand years.
As a Black Egyptologist it is important to me to investigate the southern connections that are evident in the ancient religious practices of Egypt. Much work remains to be done to highlight these connections. 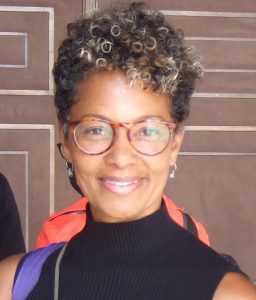 Solange Ashby received her Ph.D. in Egyptology with a specialization in ancient Egyptian language and Nubian religion from the University of Chicago. She has researched in Egypt at the temple of Philae and participated in an archaeological excavation in El-Kurru, Sudan (royal Kushite cemetery). Her first book, Calling Out to Isis: The Enduring Nubian Presence at Philae, is published by Gorgias Press. Her current research explores the roles of women in traditional Nubian religious practices. Dr. Ashby is working on the first monograph dedicated to the history, religious symbolism, and political power of the queens of Kush.