The Relationship of Egyptian and Semitic

It has long been known that the ancient Egyptian language is related to the Semitic language family, but the details of this relationship are still not fully understood. In this lecture, we will look at the major similarities (and differences) of the two language groups, including topics in phonology, morphology, and the lexicon, with an eye towards identifying inherited Afroasiatic features. We will also look at how Egyptian and some dialects of Northwest Semitic influenced one another as a consequence of sustained linguistic and cultural contact. 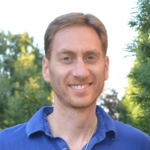 Aaron Rubin is Malvin and Lea Bank Professor of Classics and Ancient Mediterranean Studies, Jewish Studies, and Linguistics at Penn State University, where he has taught since 2004. His main field of research is the Semitic family of languages, in particular Hebrew, Mehri, and Jibbali. Recently, he has also been exploring manuscripts in lesser known Jewish languages, such as Judeo-Italian and Judeo-Urdu. He has authored seven monographs, and co-edited four volumes. His most recent works are Omani Mehri: A New Grammar with Texts (2018) and Handbook of Jewish Languages (2016).