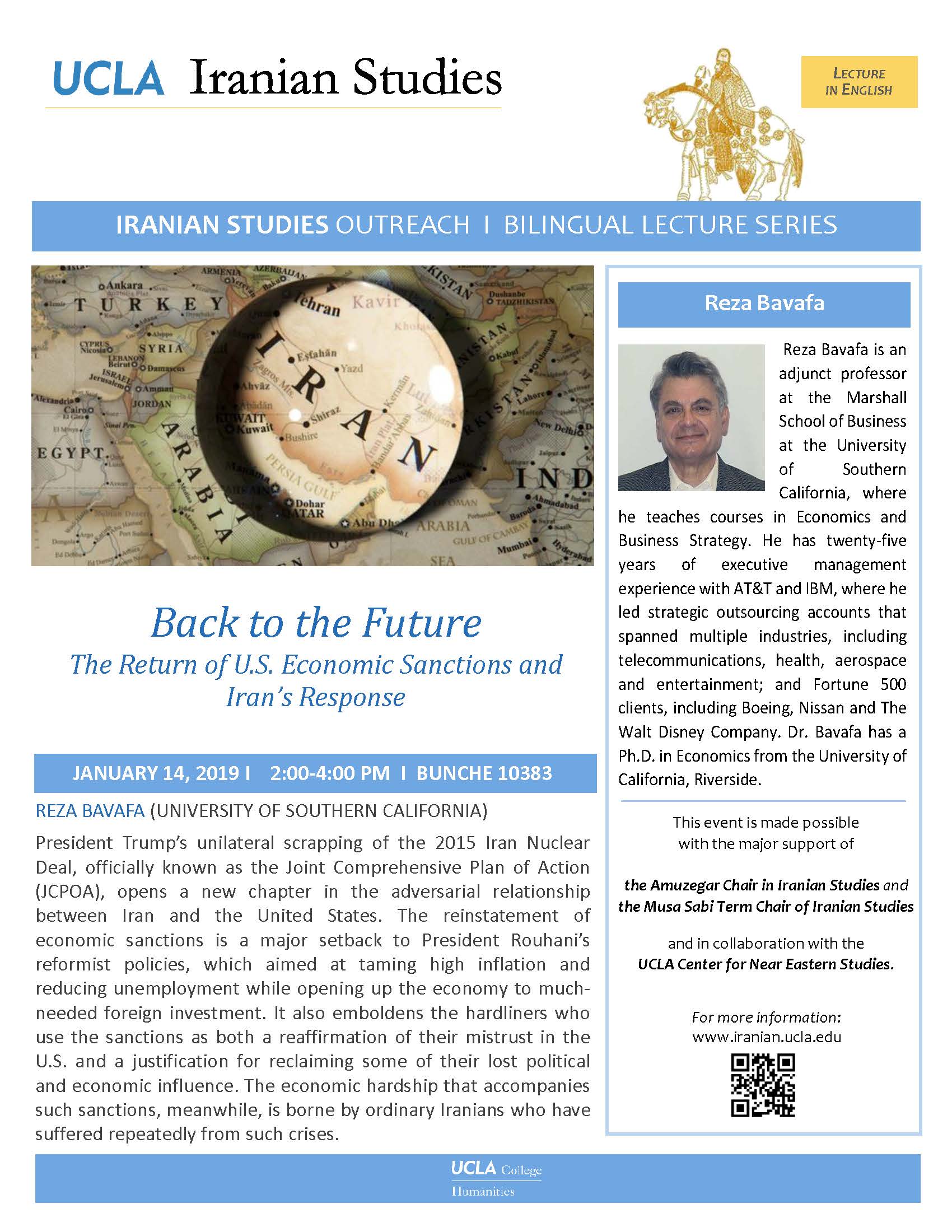 Please join the UCLA Iranian Studies Outreach Program for their Bilingual Lecture Series.  Dr. Reza Bavafa will present his research in Bunche Hall 10383 on January 14, 2019 at 2:00pm.  This lecture will be in English.  Please see the attached flyer for details.

Back to the Future
The Return of U.S. Economic Sanctions and Iran’s Response

President Trump’s unilateral scrapping of the 2015 Iran Nuclear Deal, officially known as the Joint Comprehensive Plan of Action (JCPOA), opens a new chapter in the adversarial relationship between Iran and the United States. The reinstatement of economic sanctions is a major setback to President Rouhani’s reformist policies, which aimed at taming high inflation and reducing unemployment while opening up the economy to muchneeded foreign investment. It also emboldens the hardliners who use the sanctions as both a reaffirmation of their mistrust in the U.S. and a justification for reclaiming some of their lost political and economic influence. The economic hardship that accompanies such sanctions, meanwhile, is borne by ordinary Iranians who have suffered repeatedly from such crises.

Reza Bavafa is an adjunct professor at the Marshall School of Business at the University of Southern California, where he teaches courses in Economics and Business Strategy. He has twenty-five years of executive management experience with AT&T and IBM, where he led strategic outsourcing accounts that spanned multiple industries, including telecommunications, health, aerospace and entertainment; and Fortune 500 clients, including Boeing, Nissan and The Walt Disney Company. Dr. Bavafa has a Ph.D. in Economics from the University of California, Riverside.