Skip to main content
Home > Events > VITERBI LECTURE IN MEDITERRANEAN JEWISH STUDIES: THE LEGEND OF KHAYBAR, A JEWISH “KINGDOM” IN THE ARABIAN DESERT

VITERBI LECTURE IN MEDITERRANEAN JEWISH STUDIES: THE LEGEND OF KHAYBAR, A JEWISH “KINGDOM” IN THE ARABIAN DESERT

In the year 628 C.E., a few years after the Prophet Muhammad’s migration from Mecca to Medina and the founding, in Medina, of the early Muslim State, the Jewish stronghold of Khaybar in the Arabian Desert fell into the Prophet’s hands. This marked the end of the Khaybari settlement that also served as a refuge to Medinan Jews as a result of their previous battles against the Prophet. The Khaybari Jews, however, did not disappear from history. According to Jewish legend, the Jews of Khaybar remained in their territory and lived there as a nation of mighty warriors free from Muslim rule. Their fantastic survival in the desert attracted the attention of adventurers and travelers to the Orient from the twelfth century to modern times. Even twentieth century Zionist pioneers in Palestine were fascinated with the Khaybari legend as they were looking for ancient Jewish roots in their old-new homeland. This lecture will follow the legend of Khaybar from the early Islamic period to the twentieth century. 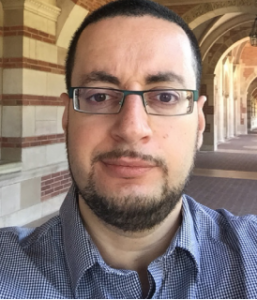 Liran Yadgar, the UCLA Viterbi Visiting Professor/Postdoctoral Scholar in Mediterranean Jewish Studies, earned his B.A. and M.A. from Tel Aviv University, and received his Ph.D. from the University of Chicago in 2016. His research examines the history of Jewish communities in the Mamluk Sultanate of Egypt and Syria (1250-1517), and Jewish-Muslim interaction and intellectual exchange during the Late Middle Islamic Period. He currently is working on his first book about the representations and knowledge of Jews, Judaism, and the Hebrew Bible in the works of two prominent theologians of fourteenth-century Damascus, Ibn Taymiyya and Ibn Qayyim al-Jawziyya. Previously Yadgar served as the Jacob and Hilda Blaustein Postdoctoral Associate in the Judaic Studies Program of Yale University.