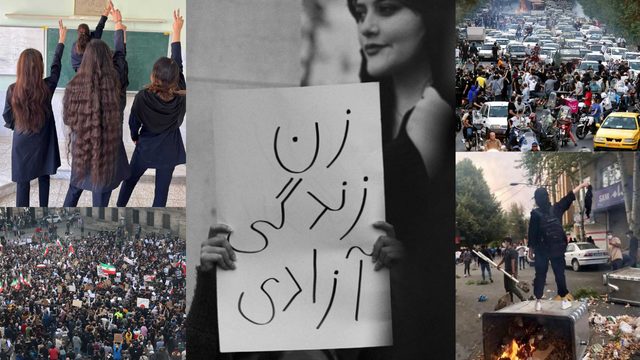 The Department of Near Eastern Languages and Cultures

The UCLA Program of Iranian Studies

Some refer to it as Iran’s fourth revolution, others question whether it is motivated by Islamophobia, and Western leaders and media remain largely silent. Though the current wave of nationwide demonstrations in Iran is complex and difficult to comprehend, one thing is clear: the people want regime change and are risking their lives to battle a brutal and ruthless armed conglomerate of state and local police— and have been doing so for a month (and counting)! How did Iranians reach their current state? What distinguishes this round of protests from previous movements? What are people demanding and how are they organizing despite a government shutdown of the internet? Why haven’t US leaders and media been more vocal about the heinous violations of human rights occurring on the ground? How and why are young women and girls at the forefront of the fight for freedom and liberty? Our panel of experts will investigate these questions and will provide the opportunity for our audience to ask their own. 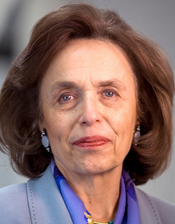 PANELIST — Haleh Esfandiari is Director Emerita and Distinguished Scholar of the Middle East Program at the Wilson Center in Washington DC. She is currently a Middle East Program and Public Policy Scholar at the Wilson Center. She is the author of “My Prison, My Home,” based on her arrest and imprisonment by the Iranian security authorities in 2007. In March 2017, the Wilson Center announced the launch of the Haleh Esfandiari Forum, an annual lecture on women’s empowerment in the MENA region. The inaugural lecture was given by former Secretary of State Madeleine Albright. Among her awards are the Special American Red Cross Award and the Women’s Equality Award from the National Council of Women’s Organizations. She received an honorary degree from Georgetown University Law Center. 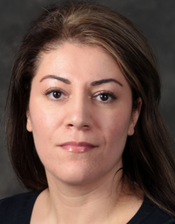 PANELIST — Dr. Sara Bazoobandi is a Marie Curie Research Fellow at the Institute for Middle East Studies of the German Institute of Global and Area Studies. She is also a senior non-resident fellow at the Atlantic Council, a non-resident fellow at the Arab Gulf States Institute in Washington, and a non-resident fellow at ISPI in Milan. Prior to this, she was a senior lecturer in international political economy at Regent’s University London from 2013 to 2018, and a research fellow at the National University of Singapore from 2011 to 2012. She has also worked outside of academia, in the infrastructure construction sector in Iran. Her education background includes a civil engineering degree that she obtained in Iran, and and MSc and PhD that she completed in the UK. She grew up in Iran and has been living in Europe since 2005. 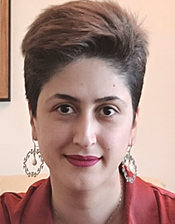 PANELIST — Dr. Mahya Ostovar, who left Iran 10 years ago, is a lecturer at University of Galway, Ireland. Active in “1 million signatures for equality,” Dr. Ostovar describes herself as a feminist. During PhD studies in France, her research focused on campaigns against mandatory hijab in Iran—such as “My Stealthy Freedom” and “White Wednesdays.” She was also active in the “#LetUsTalk” movement, which appeals to the West to silence the criticism of Islamophobia, especially by Middle Eastern women, and the “#No2Hijab campaign,” which calls on Iranian women not to wear the headscarf in Iranian public. Dr. Ostovar was also one of the co-founders of “Let Women In,” a campaign to lobby FIFA to take concrete actions against Iran’s state-wide segregation, after an Iranian female football fan was arrested for attempting to enter the stadium and later tragically died by self-immolation. Dr. Ostovar’s primary focus in all these activities has been the equality of women and their rights over their bodies. Her publications include, “A Performative Identity Perspective of Cyberactivism: The Case of My Stealthy Freedom” and “Producing Solidarity in Social Media Activism: The Case of My Stealthy Freedom,” among others. 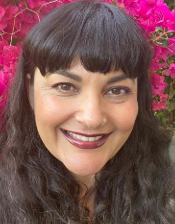 MODERATOR— Salomé Mohajer is an Iranian-American who left Iran before the 1979 Revolution, and who speaks Farsi/Persian fluently. She is a UC Santa Cruz Alumni where she majored in Women Studies, focusing on third world feminisms. She later obtained a Masters in Teaching through a Teach for America/Pace University partnership, served as a public school educator in New York City for a decade, and was a founding teacher at a KIPP charter school in Gary, Indiana. She brings her lifelong passion for social justice and political change to CMED, where she manages major projects, produces virtual events, and oversees the CMED internship program.

* Registration is required for this event. If you are unable to join the live event, a recording will be available on the CMED website after the event concludes.