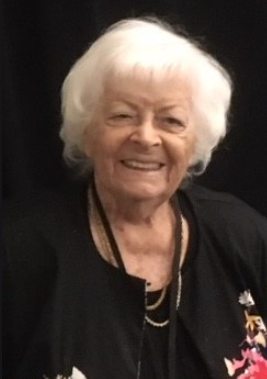 The UCLA Department of Near Eastern Languages and Cultures is saddened to announce the passing of Norma Kershaw, prominent scholar, educator, and philanthropist in the fields of archaeology and cultural studies. Norma died peacefully this week at the age of 95 after a long and rich life. She earned her BA later in life, in 1972, from Queens College, an MA in Art History and Archaeology from Columbia in 1974, and thereafter began her career teaching at Hofstra and Long Island Universities. After retiring from teaching, she excavated in Israel and on Cyprus, curated archaeology exhibitions, and served as a guest lecturer at the United Nations.

Over the course of her life, Norma was involved as either trustee or leader in groups including AIA (Archaeological Institute of America), ASOR (American Schools of Oriental Research), ARCE (American Research Center, Egypt), AIAR (Albright Institute of Archaeological Research), CAARI (Cyprus American Archaeological Research Institute), and the Bowers Museum.  Longtime resident of Southern California, Norma also supported local archaeological education through the endowment of endowed university chairs, including the Kershaw Chair of Ancient Eastern Mediterranean Studies at UCLA. The UCLA community and the Department of Near Eastern Languages and Cultures in particular owe her a great debt, and offer our heartfelt condolences to the Kershaw family.

Norma was an indefatigable supporter of ancient studies in a world that forgets to look to its origins. She was a fierce supporter of higher education. From now on, every time I lecture in the Norma Kershaw auditorium at the Bowers Museum, I will expect Norma to be listening from somewhere out there. She was a firecracker, and she will be sorely missed.

Chair, Department of Near Eastern Languages and Cultures