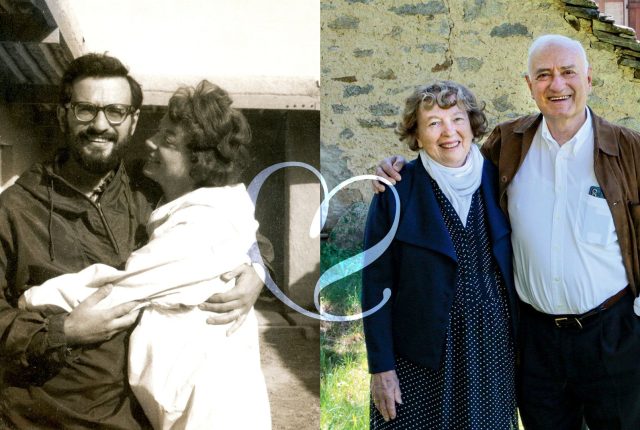 Giorgio Buccellati, professor emeritus of history and Near Eastern languages and director of the Mesopotamian Lab at UCLA, and archaeologist and professor Marilyn Buccellati, met nearly sixty years ago at the University of Chicago’s Oriental Institute. Since then, the couple has spent their years conducting archaeological fieldwork in Syria.

In 1982, the Buccellatis found evidence of the ancient Hurrian city of Urkesh, long dismissed by Mallowan as a late Roman city. As they wandered the site, they found bits of broken pottery on the surface that offered clues to what would eventually become a monumental archaeological discovery.

“We looked at the pottery, and it was clearly not Roman. It was all third-millennium [B.C.],” says Giorgio, professor emeritus of history and Near Eastern languages and director of the Mesopotamian Lab at UCLA. “Marilyn was the pottery expert, but even an unexpert like myself could immediately tell that it was third millennium and not—”

Today, the couple is working to foster unity through archaeology. Read more about their discoveries here.