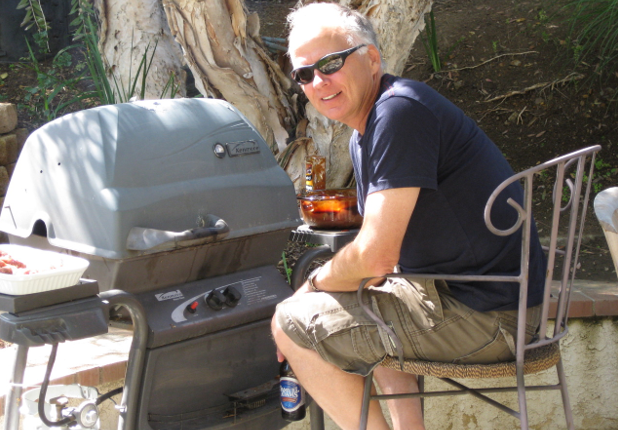 The department was greatly saddened to learn of the passing of our friend and colleague, Robert K. Englund, Emeritus Professor of Assyriology. He died May 24, 2020 after a long struggle with cancer. He was sixty-eight years old.

An overview of his many academic accomplishments is found on the webpage of the Cuneiform Digital Initiative Library (CDLI) https://cdli.ucla.edu/?q=news/obituary-robert-k-englund . Bob was a pioneer in digital humanities. He was an early crusader for open access and was successful in dragging the conservative field of Assyriology into the digital age.  The widespread usage of his many data sets, now freely available on the CDLI, bears witness to his achievement. He was passionate about his work with the CDLI and compiled an exceptional record of outside funding to support the project.

Although he came from a research background, Bob was a fine undergraduate teacher and the GE course he designed, “Visible Language” still continues today as one of our basic offerings. The content reflected his interest and mastery of early scripts and his research on the origins of writing in Mesopotamia. Students wrote clay tablets, pondered Maya hieroglyphs at LACMA, looked at early alphabets, and were introduced to Chinese oracle bones. Outside his basic language classes, several of his seminars were memorable in particular “Plants and Animals of Ancient Mesopotamia,” and “Mesopotamian Humor.” The former reflecting his long-term interest in the economics of food production in Ancient Mesopotamia and the later his attempt to understand the ancient Mesopotamian world view.

The department will miss Robert Englund. He was a wonderful colleague and teacher who was always ready to provide information on cuneiform sources and to debate almost any topic. He also loved holding large departmental barbecues at his home in Thousand Oaks. These events were famous for serving steaks he cooked to perfection (see photo below taken by Michael Fishbein at the Memorial Day barbecue in 2009).

He is survived by his wife Klaudia and three children, Dirk Robert Englund, Susanne Anne-Catherine Bauroth, and Nicholas Alexander Englund. We offer them our deepest sympathy.

Prof. Bob England had all the  honorable qualities that one wants to find in a colleague. Bob was devoted to research and teaching and viewed them as his true goal, he avoided anything that could disrupt his total dedication. Bob expressed his uncompromised opinions with professional integrity, at the same time he was supportive of his colleagues. I will remember him with honor and fondness.

About ten years ago, a CDLI researcher had travelled to a distant city to visit a Certain Institution in order to scan tablets, only to arrive and find that the curator of the collection had not made the tablets available as promised. So the researcher used a little office to make a Skype call to Bob, to try to figure out what to do. While they were talking, the curator entered the room with a quizzical look on his face. Now, this curator was a rather fusty and self-important old personage, and did not understand why the researcher was standing in this office apparently talking to a computer. And he also disdained the digitizing project, not understanding why his index-card file could not remain the pinnacle of information science. But the curator’s main concern was to lecture the young researcher on the protocols for visiting the collection, about how certain forms had not been filled out in every detail, and how in principle the curator could not in good conscience permit work on the collection if procedures were not to be followed in every respect. The researcher tried to point out that he had made every effort to provide requested information, but had not been made aware of every rule. But on the curator went, quite sure that what was necessary was to lecture the young man about how things had been done back since the 1930s — the only proper way to do things. Well. During this longwinded lecture, Bob had remained online on the Skype call, observing his slightly senior colleague berate the young man, just letting him drift to the point where the curator was clearly doing nothing but gratify himself with his speech. But eventually Bob came to the rescue, and hailed the curator by name over the computer’s speaker. The curator jumped ten feet in the air and turned white as a sheet. His mind was clearly spinning, trying to figure out how a computer was talking to him, how long it had been listening, and what the hell was going on. Bob politely but firmly asked the curator to give the researcher every due consideration, and the curator, maybe trembling just a little bit, meekly agreed to bring out the tablets. And that is how I will remember Bob: a distant force, quiet, sure, and ready to pounce to defend his students when they needed him.

I have fond memories of Bob razzing me about religion, politics, New York–you name it. Even though we didn’t agree on every issue, I appreciated his candor—you always know where you stood with him—, conviction and commitment to whatever cause he was promoting. Bob, the serious, stern scholar knew how to make room for playful banter when an opportunity presented itself. Our offices were on opposite ends of the corridor and our conflicting schedules didn’t allow for as many casual encounters as I would have liked, but I had much admiration and affection for Bob.